Our Pan-africanist ancestors just sat up and took notice. I have often imagined that most days our ancestors look down at us and shake their heads in disbelief as African Governments squander and mismanage Africa’s natural resources and public taxes. Those cynical thoughts were punctured for a moment on 21 March when African Governments met in Kigali to discuss and sign three policy instruments that create a single African trade market.

The three instruments establish an African Continental Free Trade Area and the right of Africans to move, work, invest and reside anywhere in the continent. 44 states supported the move to a common market and 22 states signed the free movement instrument. Alongside 27 Heads of States, Kenyatta signed all three instruments.

With a collective population of over 1.2 billion people and Gross Domestic Product of US$ 2.6 trillion, this is the biggest trade area since the World Trade Organisation was established. Africa is on the verge of a GDP equivalent to Britain or four times the size of Malaysia, Mexico or Brazil.  The move strikes a blow to the difficulties facing small-scale traders and large companies trading across Africa. Up to now, trade tariffs and taxes on imports from other African countries has averaged 6% and 52%. This has made trading among ourselves too costly. The moment has been long in coming.

Nigerian Professor Adebayo Adedeji had seen this vision nearly forty years ago. Against the advice and conditionality of the World Bank and western powers, he rallied African leaders to adopt the Lagos Plan of Action in 1980. The plan was obstructed and instead, the International Monetary Fund and World Bank proceeded to unleash the most aggressive set of austerity measures ever seen since colonialism.

Like “that handshake” two weeks ago, the signatures are just the first step. For this vision to take its first breath, all 55 States must sign, ratify and implement the instruments. It is almost treasonable that eleven states including South Africa and ironically, Adedeji’s own Nigeria failed to sign the key instruments. Before we as early adopters condemn them, we need to also make sure the national interests currently strangling the promise of the East African Common Market do not show up here as well.

More explicit attention must be placed on the distributional value of the new common market. The interests of South Africa’s MTN, Dangote Cement and Brookside are very different from the millions of small scale farmers, cross-border traders and low skilled workers. These interests combined are very different from China’s Techno, America’s Google or India’s Barti Airtel.

To industrialise, we must aggressively add value to our crops and raw materials at home. Unregulated market access for non-African companies and countries to dump their finished produce in Africa will betray the real vision of the Common Market. This market must deliver a prosperous and industrial continent in which all, not just consumers, share in the growth. Without this, we will not close the productivity gap between us, the Chinese, Americans and the Europeans. We will continue to be a market for all and a factory for none. 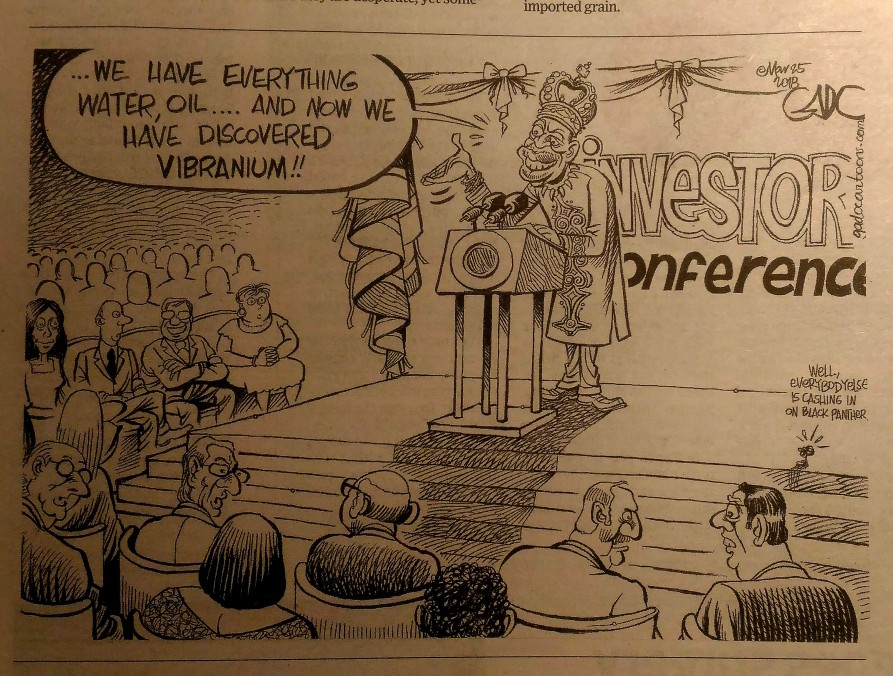 Twenty years ago, I was a student at the University of Dar es Salaam. Travelling on the cross-border lunatic express buses those days, I would regularly come across Kenya women traders smuggling “illicit goods” like drinking chocolate, sugar, margarine and other dangerous contraband into Tanzania. It would always amaze me how creative they were and why stopping them even mattered in the grand scheme of things.

Accelerated manufacturing, technological innovation, jobs, food security and shared prosperity will not come automatically. Our economies still serve the powerful and the privileged first. For the Common Market to really matter, it must place the needs of non-rising populations and the rising number of poor households at its center. Our Foreign Affairs Ministries must convene public dialogues and let us debate the trade offs and how we can prepare powerfully.

Africa has known great economic empires before slavery and imperialism. The fifteenth century Songhay empire once extended from what is now central Mali to the Atlantic coast and east into Nigeria. I like to think that their first King Sonni Ali and the late Kwame Nkrumah were both there in Kigali whispering into the ears of our leaders. Delivered well, the African common market will make it easier to move, invest and trade our skills in future. Perhaps then, this generation could have a real #WakandaMoment. We may even find some vibranium. 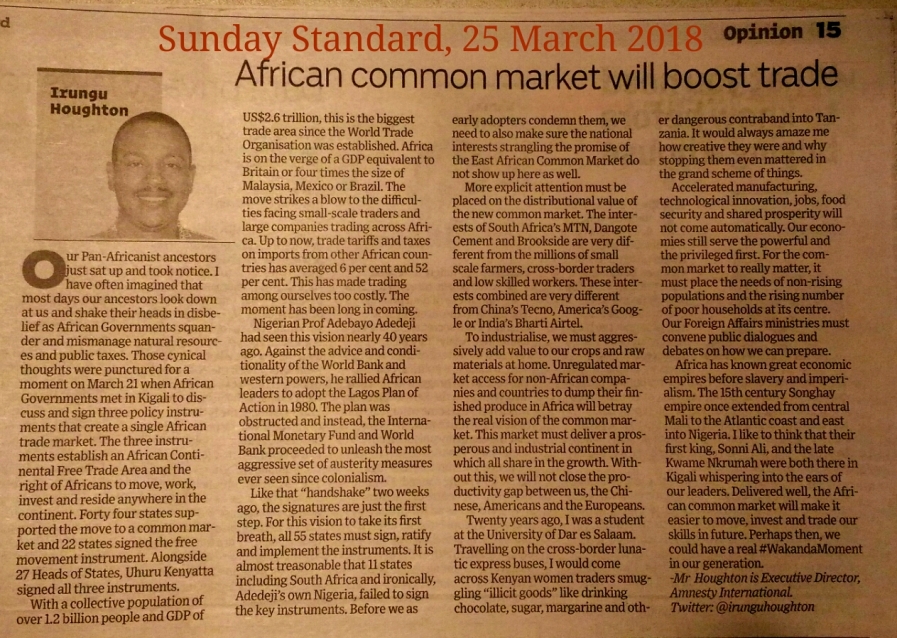